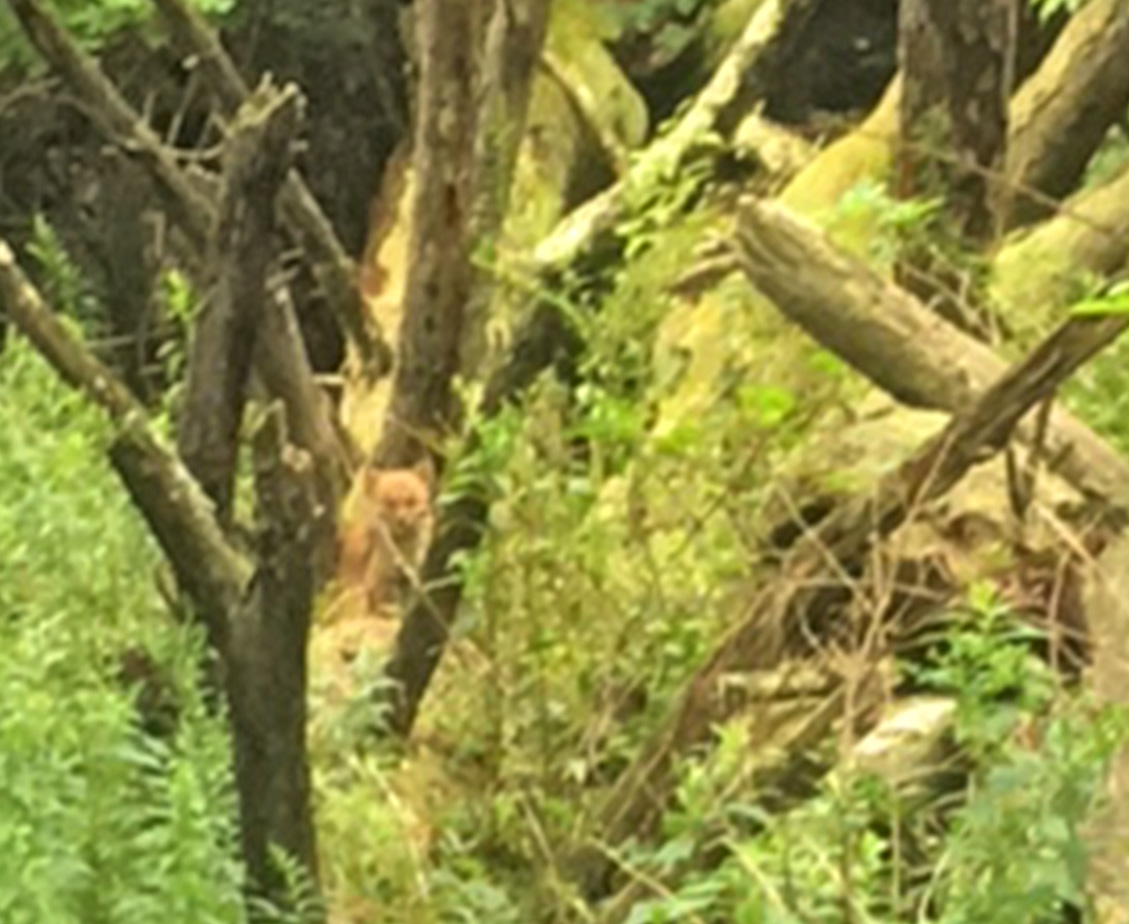 A small bobcat was spotted between the Adams house and the church on Friday, August 12th. It looks like a young bobcat that has been “pushed out” of the nest.  He/she seemed almost tame and we (John, Patricia and Zelda) were able to watch it for quite a while as he/she pounced, cleaned itself and then stretched out on a log for a rest.

Tom Burnham and his family also saw a Bobcat, on Sunday the 14th in their yard on Ragin Road. We’ve seen Bobcats on and off for years. They are very shy and hard to see, but these two may be “kittens” just learning to fend form themselves.

Tim called the house one weekend last October, saying he had a few books for our Blake, then 18 months old. I started to discuss plans for a dinner or some such involved thing, but Tim interrupted me gently, simply suggesting to pop over right away. He stepped out of his car in our driveway 10 minutes later.

Blake, a naturally friendly fellow, took to Tim with particular ease. Perhaps to reward him, Tim proceeded to read to him from The Color Kittens by Margaret Brown, one of the books he brought.

Everybody enjoyed this pop-up book club. And one of the guests who were staying over even had the quick wit to catch it all on his phone.

I don’t think Tim was even aware.

There are no upcoming events at this time.